Did the bed break?

Why aren’t you watching the Brewers game?
And drinking beer with your friends, like Judge Kavanaugh!

Did the bed break?

Is that a fair question? Wish the Republican senators’ designated questioner had asked the Brett Kavanaugh’s accuser last week.

Christine Blasey Ford testified that the Supreme Court nominee lay on top of her in that bedroom when another 17-year-old named Mark Judge jumped on top of them. And they all went tumbling down.

We’re trying to picture that. Question under oath: Did the bed break like something in a Marx Brother movie? (Harpo would be charged with third-degree sexual assault today. Then again, he was never nominated to a federal judgeship.) How did Mark jumping on top over everyone spill you out from the bed. Could we re-enact that here in the committee room?

And Christine makes a run for the door, which (after all) was locked from the inside. Question under oath: Did either boy pursue? Did they run after you? Was your escape narrow or uncontested? You locked yourself into the bathroom immediately across the hall. Question under oath: did they bang on the bathroom door, attempt to break it down? (The implication is that they did not because you testified that the two boys went “ping-ponging down the stairs.”) 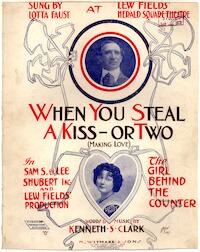 Question under oath: How long was he on top of you? 10 seconds? 2 minutes? (Either can seem like a long time.)

You remember the boys’ laughter. Question under oath: Is it possible that the boys thought they were engaging in harmless horseplay?

Dr. B-F: You said you screamed and Brett put his hand over your mouth, at which point Mark Judge jumped on top of you and you all went tumbling down. Is it possible that — until that point — they thought you were playing along and that your scream surprised both boys?

Question under oath: Is this the only time in your life a boy — or man — tried to touch you? Steal a kiss?

Thank you, Dr. B-F. for your testimony. You are excused.

(… depending on your point of view.) Judge Kavanaugh, you are under oath. Is it possible that you remember very well what happened at that house (wherever it was) 36 years ago but that, in today’s hyper-sensitive climate, to admit to even the slightest indiscretion so long ago and so young would undo 36 years of responsible citizenship? Fatherhood? Mentoring? Judicial achievement?

Believe what you want. I do believe Christine Blasey Ford. I do. (It helped that she had that little girl voice and the nervous, darting eyes behind those glasses.) I do believe Brett Kavanaugh does remember it but remembers it differently but, in the current super-heated, hyper-partisan era, does not want to commit professional suicide over an incident that would have resulted, even today in Madison, in “restorative justice” and no permanent blot on his record.

That’s the problem, isn’t it? It is a matter of belief and belief is always voluntary. One believes what one wants to believe. (One does.) A small industry has arisen proposing that the Twin Towers was an inside job; that Jews were given advance notice. MSNBC believes the ir-reverend Al Sharpton is credible. Tawana Brawley, anyone?

That “Believe All Women” button you’re wearing. Did you convict the Duke lacrosse players? Join with Rolling Stone magazine to condemn the University of Virginia fraternity brothers?

We’ve moved from uncovering accusations of criminal behavior (Harvey Weinstein) to criminalizing behavior that we previously regarded as presumptuous and boorish ([NY Times reporter] Glenn Thrush). In a climate in which sexual mores are transforming so rapidly, many men are asking: If I were wrongly accused, who would believe me?

A New York Times writer (of all people!) wrote that — last November.

Sen. Jeff Flake of Arizona did the right thing to grant the Democrats’ demand for an FBI investigation. That investigation will prove nothing and change no votes. No DNA. No witnesses except Mark Judge who, mutual friend P.J. told Martha MacCallum on Fox last week, “doesn’t remember 1983.”

Sen. Lindsay Graham was correct. Asked if an FBI investigation would make America feel better about Kavanaugh’s likely confirmation, he answered that the number of people those minds will be changed could fit in a phone booth. (Whatever that is.) What is important, Graham said, was whether it makes Jeff Flake feel better.

Blaska’s Bottom Line: Like Lindsey Graham said, “But what do I know. I’m only a white, male from Sun Prairie.

12 Responses to Did the bed break?