Is Kavanaugh hearing being held in Madison?

About the Brewers’ 4-3 win over the Cubs Monday, Labor Day:
Did you ever think a fielder’s choice could be so exciting?

The opening to the Brett Kavanaugh confirmation hearing this morning was a circus. One friendly viewer asked if the hearing was being held in Madison, so chaotic was the proceeding. Screechers disrupted the hearing but, unlike local government here, they were carried away.

Worse was the Democrat(ic) senators planned disruption. Chairman Chuck Grassley could not even introduce the Supreme Court nominee before Democrats began their interruptions. Sets a tone, doncha think?

I’m laughing at this WaPo editorial, “Kavanaugh should break the trend of stonewalling the Senate.”

You mean the trend that began after Bork opened his heart and got crushed? Not bloody likely.

Here are the editors, editorializing as indeed they must:

High-court confirmation hearings have become increasingly less illuminating over the years, with nominees finding ever more creative ways to say little. They aim to avoid the fate of Robert H. Bork, whom the Senate rejected in 1987 following a loquacious performance at his hearings. Their model is Justice Ruth Bader Ginsburg, who explained in her 1993 sessions that she could not answer certain questions because she would not want to suggest she had prejudged cases that might come before her.

Yes, exactly. The model is Ruth Bader Ginsburg, the liberal’s huge heroine. But don’t be like her now, all of a sudden? Too funny. It’s obvious that her approach works. Why would any nominee deviate from it?

The Milwaukee Journal Sentinel has decided that boring sells. Some time ago it gave up publishing its institutional editorial opinion. Now it is getting rid of its only two local opinion columnists: struggling young writer Christian Schneider, who wrote from the Right, and Ms. Emily Mills, a dependable foot soldier of the Left. Oddly for a Milwaukee newspaper, both were based in Madison. Ms. Emily explains:

My column — and all opinion columns — are ending to make room for what’s called “solutions-based journalism,” which is reporting that aims to lift up those people and organizations already working on possible answers to problems. There’s more focus on holding community events in conjunction with that reporting, to both humanize and make accessible your local journalists, and to provide forums for connection, discussion and, hopefully, action.

The Journal Sentinel is failing and now it is flailing. Schneider has gone on to greater job security as spokes guy for the Department of Transportation. Oh, and no national opinion columns, either. Or local cartoonist. Sorry, doesn’t work for me.

Give me robust debate any day but your Squire is probably a dinosaur. But he knows one thing: bland does not sell. 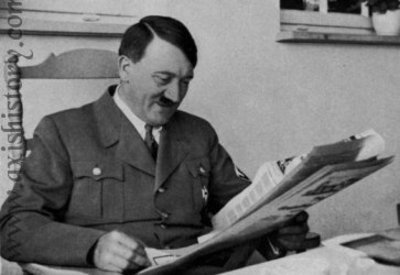 They printed my letter!

FoxConn is dead as an issue for the Democrats

David Haynes, who was once the Milwaukee newspaper’s opinion editor, writes:

Could Foxconn’s massive factory in Racine County — coupled with a new $100 million venture capital fund — help jump-start startups in southern Wisconsin? My reporting found reasons to hope that it could.

First, Foxconn’s 8K-5G technology might be a game-changer for a host of industries, from medical care to sports to security. And its partnership with Northwestern Mutual, Advocate Aurora and Johnson Controls on the venture capital fund is significant and could attract even more capital to the state even though the fund will invest out of state as well.

Add to that Foxconn’s matching grant to the University of Wisconsin-Madison College of Engineering, and you have the makings, potentially, of something special. Time will tell, of course, and there are still reasons to be skeptical of the massive state investment. But none of these recent developments is a bad thing for entrepreneurship in the state.

That sounds like an opinion, no? One that Scott Walker is sure to repeat in an advertising barrage that will make the rubble bounce.

25 Responses to Is Kavanaugh hearing being held in Madison?