Hastily approved wheel tax could go to voter referendum after all

[ UPDATE: I appreciate The Capital Times referencing my work at this roadside stand. I tried to write this report down the middle (for once). I have not endorsed the bill. I believe the Dane County Board acted miserably in rushing through a new tax, buried in the budget bill introduced barely a month before the final vote and overshadowed by the controversial jail rebuild. I also believe that government governs best the closer to the people. The correct antidote to bad legislation is something called “elections,” as I note in the penultimate paragraph. ]

We’ll cry “dilly dilly” if our liberal-progressive-socialist acquaintances ever cut taxes instead of raising them. If Democrats don’t like the tax reform now before Congress, why didn’t they enact their own when they ruled the roost? 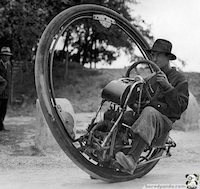 Back home in The Emerald City, our liberal-progressive-socialist acquaintances are doing what they do best: raising taxes.

Not content with a 6.7% increase in property taxes, the Dane County Board of Supervisors tacked on an annual $28 wheel tax applicable to all light trucks and automobiles (with some exceptions) registered in the county. Only six other counties (out of 72) exact the tax, which comes on top of the state’s $75 registration fee. But another 19 municipalities do, including Milton and Lodi.

But the state legislature may have something to say about that. A hearing is scheduled Thursday 12-14-17 on a bill that would require local governments to hold a referendum before enacting a wheel tax — even if they already have one in place, as in Dane County.

Proponents sell the wheel tax as paying for better roads but, read the fine print, it is only required to pay for “transportation-related purposes” as Supervisor Ronn Ferrell points out. That could include bike paths, free bus passes, train stations, and animal bridges.

It would raise $12 million a year in Dane County but do not think for a minute that road maintenance expenditures will increase by that amount. Liberal math doesn’t work that way. Nope. Thanks to the new wheel tax, the county can now back out much of the “old” money.

That’s what it did with the county-portion of the sales tax, which was sold as the revenue source for the jail. One more thing: bicycles do not count as taxable wheels. (Neither do motorcycles.)

Question: How come you’re writing all this now and not before the county adopted the wheel tax at its November 21 meeting? (The roll call.) (And that meeting was quickly called after the Derail the Jail people disrupted the meeting the day before. Two supervisors never got notice of the new meeting.)

Answer: Because the wheel tax was first rolled out October 18, just a month before it was voted in. It was buried in County Executive Joe Parisi’s $537 million operating budget. It was not introduced as a separate, stand-alone resolution to fall or rise on its own merits. And your faithful bloggeur was too busy prodding the Madison Common Council for more police and county government on the new jail.

There was not much more commentary from the WI State Journal or The Capital Times. No editorials advocating or denouncing the wheel tax. The one budget hearing conducted had to service every topic in the budget, including the controversial new jail.

Would voters approve a wheel tax?

Assembly Bill 361 would require a vote of the citizenry before a wheel tax could be enacted. It is being put forward by State Rep. Michael Schraa, R-Oshkosh, and several co-sponsors, none from Dane County. Yes, it would be retroactive. The bill reads:

“Good roads are essential to commerce, safety, and quality of life. If the citizens want a wheel tax, they should have a wheel tax. This bill simply requires a referendum before imposing a regressive tax.”

This is a close call. Dane County behaved badly. It adopted the wheel tax with undue haste and minimal public participation. It could have enacted a wheel tax as a stand-alone resolution months earlier rather than bury it in the budget. It could have called a voter referendum on its own. After all, Dane County was willing to conduct referenda on:

All were advisory. None was within the purview of county government. Imposing an entirely new tax is a matter of some consequence. Certainly, you can’t get more local than the citizens voting in a referendum. Local government — including villages and towns — would still be required to call a referendum and then sell the new tax to the voters.

Even if Rep. Schraa’s bill fails, there remains a remedy for bad decisions: something called “elections.” County supervisors are elected every two years. The next election is April 3, only five months hence.

Run for office, people! The deadline for declaring your candidacy is 5 p.m. January 2. Here’s where to get the paperwork.

Madison WI
View all posts by David Blaska →
This entry was posted in Uncategorized and tagged Taxes. Bookmark the permalink.