Blaska was editor in chief of his college newspaper in 1970. (We’ll wait while you do the math.) It was three years before Roe v Wade but well after The Pill. Blaska’s girlfriend accompanied her friend J. to Chicago for an illegal, back alley, late-term abortion.

It wasn’t J.’s first abortion; the poor dear was hopelessly in love — or pathologically infatuated —with a college man who had his fun with her and let her deal with the results. Upon returning to UW-Oshkosh, Blaska’s girl friend was shaken.

Seems obvious today but was a personal thunderclap at the time. Through the haze of marijuana smoke, the naive, Vietnam War protesting, free-love college students had not thought through concepts like responsibility and consequences. Morality was suspect; values questioned.

“You know you’ve got it when it makes you feel good,” Janis Joplin sang in those days, before she killed herself with substance abuse. 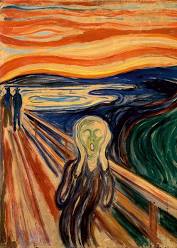 Reaction to the leaked majority opinion overturning Roe this week has been apocalyptic. “This is a dark and disturbing morning in America,” Chuck Schumer said on the floor of the U.S. Senate Tuesday 05-03-22.

“An abomination, one of the worst and most damaging decisions in modern history,” Schumer and Pelosi thundered.

The Wall Street Journal wants the justices to confirm the decision ASAP. “We hate to say this, but some abortion fanatic could decide to commit an act of violence to stop a 5-4 ruling. It’s an awful thought, but we live in fanatical times.”

“The wheels are coming off the Supreme Court,” MSNBC screeched.

“Since abortion isn’t mentioned anywhere in the Constitution, the key question is whether the right to an abortion is protected as a “substantive right” by the Due Process Clause of the 14th Amendment,” David French instructs.

The heart of Alito’s opinion is a painstaking historical analysis showing that the right to abortion has never been rooted in American law, much less “deeply rooted.”  … Not only was there no support for such a constitutional right until shortly before Roe, but abortion had long been a crime in every single State. By the time of the adoption of the Fourteenth Amendment, three-quarters of the States had made abortion a crime at any stage of pregnancy, and the remaining States would soon follow.

That includes Wisconsin’s ban, enacted in 1849!

Precedent is important but if it were inviolable, Plessy v Ferguson would still prevail. That is the 1896 decision upholding separate but equal racial divisions. It was not overturned until 1954’s Brown v. Board of Education — a longer interregnum than overturning Roe, decided 49 years ago.

The face of abortion franchise for much of America, we suspect is the voluble young woman wearing a black T-shirt reading “I had an abortion.” We thank MSNBC host Ari Melber, wallowing in solidarity with the abortion advocates on the steps of the Supreme Court building, for placing their cause within the framework of a radical America.

“We not arguing just about right to an abortion,’ the young woman ranted, “but the right make sure police are not beating us in street, that we have a right to a living wage, that we don’t have student debt. All these things are connected, that is why we are angry. … We need Joe Biden to show up.”

→ Kudos to Platinum Subscriber Bill Cleary for observing that Tuesday’s WI Capitol protest was sponsored by Young Democratic Socialists of America and the Madison Socialist Alternative.

Must Elizabeth Warren be angry about everything?