Hope you are having a wonderful Father’s Day

Ours is shaping up good.

Once again ran the lawnmower over the plastic hose leading out of the basement sump pump. Despite the warning stick (often used to mark firehose plugs in snow drifts). Back from Menard’s for a replacement discovered that what I really needed was a 1½ inch hose, not the 1¼ inch we purchased. Back to the store. (How many times?!) Struck me that half the shoppers were wearing masks, two and one-half weeks after Dane County lifted its illegal order. In a heavily vaccinated county!

Follow the science, my Aunt Petunia! But if the Head Groundskeeper is so smart, how come he shredded the sump pump hose? Again.

Where else but the Sunday New York Times:

Ten portraits, to be exact, including two toddlers sleeping in the same bed as the two daddies, who are apparently naked. Next page, please.

Last week, backed the truck over an old park bench alive with lichen. “Put it out of its misery,” soothed #1 Son. Like Dustin Hoffman said in Rain Man, “I’m an excellent driver.” 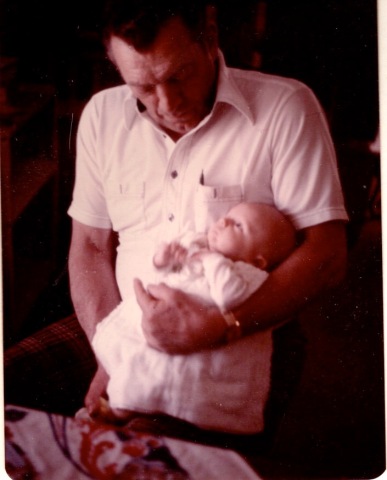 My father, my son

Nothing like the first real summer T-storm. The one here in Madison WI early Friday morning 06-18-21 is the kind you get out of bed to watch — especially after a drought. Plenty of sturm und drang punctuated the life-giving moisture. That’s BANG for your buck. SW side got at least 2 inches of rain — officially 1.59” at the airport on the NE side of town. (The Experimental Work Farm placed its rain gauge under the roof eave troughs which spilled over, so we can’t give a more local report.) More expected today. 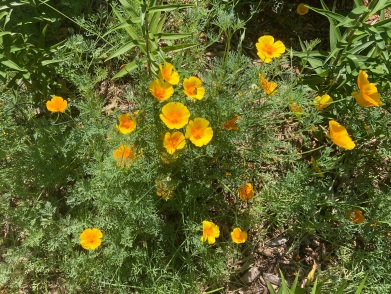 You can water all you want, nothing beats a good soaker. The yellow tickweed, primrose, and California poppy are blossoming, as are the hydrangea, monarda, and milkweed. Gave up on the Romano pole beans — last year’s seeds just weren’t fertile. But the June 8 Romano bush beans have emerged as have the Kentucky Wonder and Blue Lake pole beans. Still taking asparagus and butter crunch lettuce.

Progressives continue to target the beleaguered owner of Masterpiece Cakeshop for refusing to create wedding cakes for same-sex couples. Here’s the thing: If Jack Phillips sold sold freezers full of wedding cakes like the local warehouse grocery store, he would be paying punitive damages. But the guy is an artist who creates one-of-a-kind masterpieces. Would the State of Colorado fine Pablo Picasso for refusing to paint a portrait of Francisco Franco? A bespoke cake baker is not a public accommodation.

Good news: Isthmus is returning to print in August. The Madison institution went on-line shortly after the Covid pandemic shuttered arts, entertainment, and dining industries. The new owners sold to a nonprofit formed by the staff who kept things going virtually.

A favorite re-membery (as #1 Son used to called it): The head groundskeeper was puttering around the house on a Saturday and the little guy, maybe 4 years old, silently followed his father down the stairs, out the basement-level floor, up the stairs to the back kitchen door. Not saying a word. Busy dad gets down on one knee: “Max, why do you keep following me?”

Wish I had always been that patient. Still cry at “Cat’s in the Cradle.” The lovely Lisa has T-bone steaks waiting in the fridge to be cooked over hot charcoal in our ceramic Komodo Joe smoker/griller. (Nothing grills chicken breasts so tender and moist.) Afterward, #1 Son and his excellent driver father will inspect progress on restoring our 1949 Allis Chalmers model G tractor. Or is it a 1951?

We may spray paint the thing Monday, if the Old Man can summon up the courage. This is all new. Yeah, the Head Groundskeeper is capable of change. Some, anyway. We do what feels good and true and make no apologies.

Blaska’s Bottom Line: Acceptance is one thing; advocacy is another.