Police on trial! The Left is breathless!

Except that it’s the police on trial this time. Pinch any progressive, social justice warrior, or grievance monger and tell them they are not dreaming. This is their rapture.

The gray lab coats here at the Werkes watched all four of the police cam videos as they were presented to the court in the George Floyd trial Wednesday in Minneapolis. (Thank you cable station HLN.) So that makes us an expert, right? No? Well, probably not.

Fools rush in to comment on so racially charged an issue. (Smile when you call us a fool.) That hasn’t stopped MSNBC from convicting Officer Derek Chauvin and his co-defendants. Anyone who suggests lack of murderous intent risks being played the race card. The Werkes cheerfully acknowledges that this is not a good case for police anywhere. Whether it warrants a second- or third-degree murder conviction is less certain. 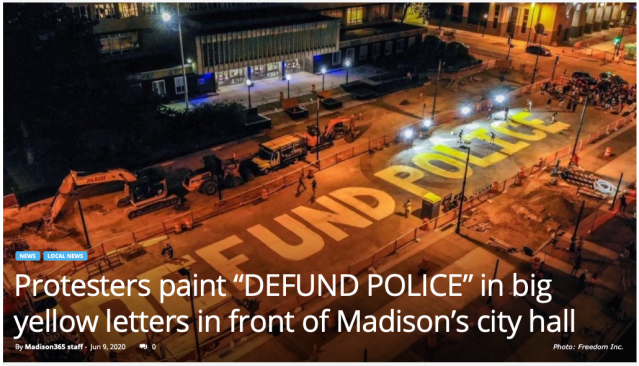 That won’t stop the hard Left from condemning law enforcement en banc. Especially if Chauvin and the others are exonerated. Even a conviction on a lesser charge will motivate the crazies to smash plate glass from Madison to Seattle and back again to Baltimore. They’re ready. Are we?

The Progressive cause is an empty suit if it can’t make the case that police are out to kill people of color. Otherwise, how to explain 50 years of failure? Minneapolis, Seattle, Portland, New York, Chicago, and Madison WI are not exactly Trump territory.

The Werkes, therefore, will tread lightly. We ask questions, you answer.

Question #1: If one claims to be claustrophobic, does that mean police can’t haul you off to the hoosegow?

#2: If not in a police squad car, how is one transported to jail? Fast walked?

#3: When did Mr. Floyd develop automobile claustrophobia? He was seen driving with a passenger next to him early in the police videos.

#4: If one cannot breathe, how was he able to declare the same “nearly 30 times”  (according to the Associated Press)?

#5: Given the political climate, should law enforcement handle people of color according to a different standard?

#6: Will the jury be swayed by potential civil unrest if they exonerate or convict the police on lesser charges?

#7: Did Derek Chavin need to kneel on the man’s neck for 9+ minutes? Did he put his full weight on that knee or balance off with the other foot?

#9: Where is the passenger in Floyd’s automobile?

About that passenger, Jonathan Turley reports “the person with the greatest knowledge and observation of Floyd” will invoke the Fifth Amendment against self-incrimination if he is called to testify.

Hall was with Floyd when he allegedly attempted to use a fake $20 bill at Cup Foods. In the video shown at trial, Floyd appears high and the employee who flagged the fake bill also said on the stand that he appeared on drugs. …  Hall gave a false name to officers … then left Minneapolis. He was tracked down in Texas and arrested due to outstanding warrants for felony possession of a firearm, felony domestic assault, and felony drug possession.

Crime is up in Minneapolis

What are YOU seeing?

15 Responses to Police on trial! The Left is breathless!