Would Anisa be alive today if bailing out of jail was not so easy?

From the Madison Police Department:

Detectives from the MPD’s violent crime unit, the MPD’s gang unit, with assistance from many MPD officers, have arrested two Madison teens in the murder of 11-year-old Anisa Scott.

Andre P. Brown, age 16, was arrested on Northport Drive earlier today (Friday 08-14-2020). Perion R. Carreon, age 19, was arrested Wednesday, for an unrelated crime, while driving a stolen car on Thierer Rd. Carreon had a loaded handgun in his waistband at the time of his apprehension.

Both he and Carreon are in the Dane County Jail. 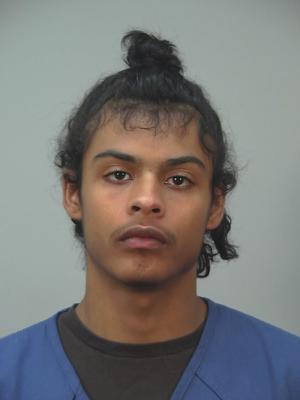 This continues to be an active and ongoing investigation and VCU cannot rule out the possibility of additional arrests. Bringing to justice those responsible for the senseless murder of a child has been the top priority of the MPD.

As a faithful reader points out, Carreon was free on a total of $2,000 bail for three arrests since February 2020. Charges included vehicle theft as a repeat offender, escape from a criminal arrest, battery with domestic abuse assessments, bail jumping and disorderly conduct with domestic abuse assessments. Carreon’s Dane County rap sheet here. Brown apparently not yet entered into sheriff’s database.

Business as usual today for BLM

“For far too long people of color have been subject to a system that deems their lives lesser value to their white counterparts. People are rising up to confront the inequality in our justice system. …Join us on [Saturday] August 15 at 7 pm for an important discussion with activists on what they would like to see changed as a result of the ongoing protest.

“Dismantling of all systems of oppression of which policing and prisons are merely a tool. As abolitionists, we’re saying that we’re done with white supremacy, sexism, racial capitalism, imperialism, violence against women and girls, transphobia, homophobia, ableism, extractive environmental practices, and anti-immigrant nativism. Addressing systems of bigotry and violence means intervening on behalf of those who are harmed the most with the understanding that violence targets us on multiple levels.””

Some might say Anisa Maria Scott was harmed the most by targeted violence. Some might say if Perion R. Carreon were incarcerated, an innocent 11-year-old girl would be alive today. Maybe not Freedom Inc., but some would.

What would you say?