If it leaks anti-Trump, it leads

We’re self-medicating with the truth

When Blaska represented various state government officials, including WI Gov. Thompson, we would say the best way to spike bad news was to put out a press release. Best way to get headlines, leak the story to a favored reporter. Democrats found Rich Eggleston of the Associated Press a willing conduit to discredit the popular Republican governor.

⇒ Levy the charge first, make the target defend himself later. That is how the game is played.

The New York Times has NO Trump defenders on staff. Even its three putative “conservative” columnists are anti-Trump. But its relatively recent hire, NY Times media critic Ben Smith, is committing some journalism.

In a lengthy takedown, Smith concludes that celebrated “#MeToo” reporter Ronan Farrow’s work “reveals the weakness of a kind of resistance journalism that has thrived in the age of Donald Trump.” An example of  Farrow’s work appeared under the headline:

[Which] suggests something suspicious unfolding inside the Treasury Department: A civil servant had noticed that records about Mr. Cohen, the personal lawyer for President Trump, mysteriously vanished from a government database in the spring of 2018. …

The story set off a frenzied reaction, with MSNBC’s Chris Hayes calling it “an amazing shocking story about a whistle-blower” and his colleague Rachel Maddow describing it as “a meteor strike.” … 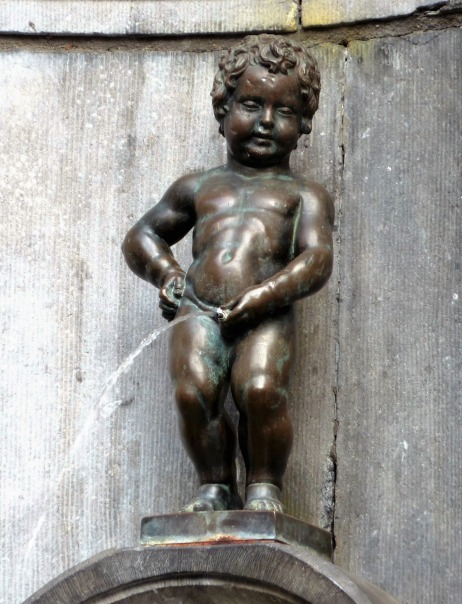 The essential Victor Davis Hanson cites chapter and verse in “The arts of government criminality.”

In the entire 2016–19 efforts to derail the Trump campaign, transition, and presidency, Hillary Clinton, Christopher Steele, and the FBI, Department of Justice, CIA, and other government bureaus have consistently sought to distort reality. Some of our best and brightest have destroyed evidence, altered documents, lied, leaked, and pled amnesia when questioned about their reprehensible conduct. At each stage, they were aided and abetted by a compliant [news] media.

Of course, most of the news media was/is predisposed to hate on Trump.

Hanson homes in on something the white lab coats at the Werkes observed during Mueller’s televised testimony: that the man was merely the eminence grise at the end of the table. The public face. And that, in any event, he seemed unnaturally incurious about the origins of the hoax that led him on the two-year goose chase, which is now being unraveled, however slowly.

Robert Mueller on 198 occasions told House members while under oath that he could not answer their questions because he didn’t know, he couldn’t remember, he couldn’t speculate, or he couldn’t get into such matters. He seemed oblivious to the role that the Steele dossier and Fusion GPS had played in the entire collusion mythography — as Congress was left to speculate whether Mueller was either lying or non compos mentis, or a figurehead who knew nothing about the basic facts and nomenclature of his own 22-month investigation.

Politico reports that “Progressives thought they’d overtaken the Democratic Party. Now they’re in despair. A string of losses this spring, highlighted by Bernie Sanders, has left the movement reeling.”

Blaska’s Bottom Line: Can anyone explain the boomlet for Stacey Abrams, whose main claim to fame is she lost the governor’s race in Georgia but won’t concede? We’re beginning to feel sorry for Uncle Joe; if he doesn’t choose Abrams, the Wobblies will push his wheelchair over the cliff.

Madison WI
View all posts by David Blaska →
This entry was posted in Donald Trump, Impeachment. Bookmark the permalink.

7 Responses to If it leaks anti-Trump, it leads