Liberal elites do not trust parents

… to make the right choice for their children’s education.

BULLETIN: Channel 3000 is reporting that “Several schools in Madison were on lockout status Wednesday morning because of a shooting, according to the Madison Metropolitan School District. Sennett Middle School, East High School, La Follette High School and Nuestro Mundo Community School were affected.

When you don’t have facts or reason, you try to drown out the speaker. Which is what protestors at the WI State Capitol attempted Tuesday (01-28-2020) in Madison as Vice President Mike Pence promoted school choice in the rotunda of the Wisconsin state capitol in Madison WI.

If you are The Capital Times, servile mouthpiece of the ruling liberal-progressive-socialist hegemony here in Madison — you hurl spittle-flecked diatribe invectives. Only “lackeys” of “the usual cabal of billionaire[s] support school choice, says Dane County’s Progressive Voice.

Let us pause, then, to study closely the photograph on page one of today’s Wisconsin State Journal (01-29-2020). Pictured behind VP Pence is a rainbow coalition (the term is not copyrighted) of pretty happy young people. That’s not just political campaign optics.

Their parents “chose” their schools. The Capital Times and their allies in the teachers union and their “lackeys” (the term is not copyrighted) in the Democrat(ic) party are determined to wipe those smiles from their faces. They would herd those kids back to Milwaukee, Racine, and Madison’s failed and failing public schools.

Eeek! There’s Betsy DeVos, U.S. secretary of education and a Republican billionaire (as distinguished from Mike Bloomberg and Tom Steyer). 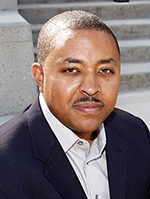 Or for that mater, the 42,393 students (two-thirds of them in Milwaukee) enrolled in voucher programs — give each of them an average of 1.5 parents and you’ve three times Trump’s razor-thin, Wisconsin margin of victory in 2016. All statutory required to be low-income; the majority are of minority race.

State financial aid follows the student. Interesting that the public school district retains the property tax for students who choose to learn (and succeed) elsewhere. Or that the average cost per WI public school student: $12,333 for grades K-12; school choice voucher funding  $7,754 for grades K-8 and $8,400 for grades 9-12. 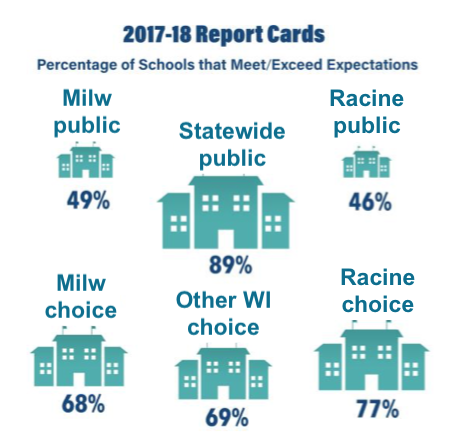 Blaska was an early supporter of school choice, hosting Annette Polly Williams, D-Milwaukee (R.I.P.) at a conservative downtown lunch group I ran. She and Tommy Thompson, the greatest governor of the second half of the 20th Century, founded America’s school choice movement 30 years ago.

Which is why the vice president of the United States and all those happy, multi-hued kids were celebrating Tuesday in Madison WI. Which is why school choice is growing. Would that it be so in Dane county, which has only 285 desks available in four schools (in Madison and Middleton listed here) when the city would be allowed 1,100 under the state’s cap (which should be removed entirely).

4 Responses to Liberal elites do not trust parents