That’s what struck the brain trust here at the Stately Manor about the simmering conditions at Lincoln Hills School for Boys. Inmates at this state correctional institution ran outside, scaled one of the housing units, ripped shingles and a metal vent cover off the roof and hurled rocks and pieces of shingles at guards, hitting some of them. And did back flips, according to news reports.

The inmates performed back flips on the rooftop and one of them yelled, “We (are) only going to get seven days for this.” 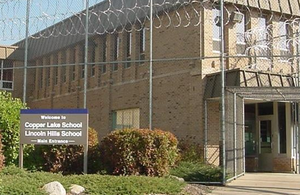 That’s because only three weeks earlier, Lincoln Hills had been placed under a court order brought by the ACLU for keeping disruptive inmates too long in solitary confinement and using pepper spray too often.

In the face of numerous injuries and even hospitalizations, one employee told State Sen. Tom Tiffany, ”I fear for my life going into work.” You may have heard about the plot to electrocute one employee at the correctional facility.

Tiffany and State Rep. Mary Felzkowski, R-Irma, now are asking the judge to reverse his order.

“Your order has not only jeopardized staff safety but it is jeopardizing the safety of youth in (Lincoln Hills School for Boys) who are non-violent,” Tiffany and Felzkowski wrote. “Unfortunately, your order has emboldened violent offenders to the detriment of those seeking to serve their time and return to civil society.”

Our liberal-progressive-socialist acquaintances are singing from the same hymnal that calls for a smaller jail in Dane County or — better yet — none at all.

Aging hippie Joel McNally gave voice to that tune with this whopper:

Let’s face it. Many adults today just don’t like kids very much. Teenagers with smart mouths and attitude aren’t nearly as endearing as the sweet children they once were. [Blaska: well, duh!] And when black kids or brown kids walk down the street together, they can be downright scary.

See how McNally worked in The Race Card!

Suffer the little children! Put up the Powerpoint of a doe-eyed moppet holding an empty bowl. (This child will go hungry tonight unless you slap her sadistic guards with a restraining order.) Back to the Aging Hippie we must go:

Maybe that’s why children imprisoned in juvenile facilities are held in such contempt.  … Golly, I wonder why kids who are living in constant fear of being physically abused and assaulted would get unruly.

Golly! Get unruly? They got to Lincoln Hills BECAUSE they were unruly. Because the law-abiding folks back where they came from lived in constant fear of being physically abused and assaulted. Folks, Lincoln Hills is not a daycare center. The inmates are not Little Dorrit. The perimeter is secured with razor wire for good reason.

The Blaska Policy Werkes asked the Department of Corrections what offenses brought its 170 inmates to Lincoln Hills and its corresponding school for girls, Copper Lake. Tristan D. Cook, communications director for the DOC, responded:

Even McNally writes: “Benjamin Sparks, the attorney for the state, said “significant unrest among the youth at Lincoln Hills School and Copper Hills School” made “immediate implementation (of the federal court order) difficult and, at times, dangerous for staff and non-disruptive youth.”

We’ve said it before: Madison, Dane County, Wisconsin, this nation cannot solve its crime problem until it cures its liberal-progressive-socialist disorder. It is a mental disorder that declares criminals to be victims and police the problem.

Madison WI
View all posts by David Blaska →
This entry was posted in Crime and tagged Jail, Liberals. Bookmark the permalink.