What’s with all those Catholics on the bench?

This poor sinner attended Catholic grade school (where he was an unsuccessful altar boy) and weekly Chi Rho religious classes outside of Sun Prairie public high school. The Lovely Lisa is a graduate of Pius XI high school in Milwaukee. (The girls’ sport teams were called the Lady Popes! 🤪)

Neither of us recall ever hearing the word “abortion” during our religious education. It went without saying, apparently. So no, I don’t need Jesus to append abortion to his Sermon on the Mount. My challenge to you is to quote where Jesus condemns murder (or insider stock trading, for that matter). The New Testament does not replace the Old Testament, where Thou Shalt Not Kill is enumerated among the first “10 amendments,” but builds upon it.

Both Testaments celebrate childbirth, from Abraham and the supposedly barren Sarah (at age 90!) to the angel Gabriel’s Annunciation to Mary the Virgin. If you want to believe Jesus ignored, tolerated, or sanctified abortion, have at it! 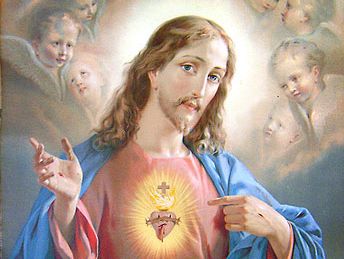 As for imposing my “personal views,” those are the only ones I have! (Barry Goldwater wrote Conscience of a Conservative, proving we do have one! I personally believe storming the Capitol to prevent the orderly transfer of power is wrong but that’s just me! 🤪) Did Justice Blackmun impose HIS personal views, given that the Constitution — like Jesus — is silent on the subject? He found the right in the “penumbra” of the Constitution.* (Talk about virgin birth!) (* formulated by Justice Douglas in Griswold 1965.)

Reaffirming Roe in Planned Parenthood v Casey 1992, the court implored “the contending sides” in the controversy “to end their national division.” Obviously, that entreaty failed; 26 states petitioned the court in Dobbs to overturn Roe. That is the major difference between abortion and same-sex marriage, miscegenation, and contraception, [the last three between consenting adults]. After 49 years, Roe has not been well tolerated.

Even Bill Clinton wanted abortion to be legal, safe, and rare. To which Bill Buckley rejoined, “Why rare?” (We don’t say that about tonsillectomies.)

We have a poll up asking if Dobbs will hurt Republicans come November. I believe it will. At some point, it sez here, Wisconsin will compromise with something akin to Mississippi’s law. How one enforces 15 weeks or 18 etc., I don’t know. It would help if the City of Madison were not so hostile to those who choose life. (Read & weep.)

Blaska’s 1st Bottom Line: The Supreme Court has NOT outlawed abortion! It put the matter to the people!

[Self-professed atheist friend], your treatise arrived as the magic genies were delivering my response to [Friend #1]. I will only say that you impose an unconstitutional religious test on the justices. If you blame [their Catholic] religion; you may as well fault morality, conscience, and values. You demand that the Justices repudiate all — in essence, become content-free. [For, what is religion?]

You may believe Blaska thinks abortion a grievous wrong because he is/was Catholic. But it is possible to reverse your equation: that one is Catholic because he finds abortion abhorrent. [Just as you are a Democrat because you are pro-abortion.] In any event, I trace my own position to the previously recounted episode in college where the Lovely Lisa, having returned from accompanying a friend who aborted, exclaimed: “David, it was a BABY” (Not a toe nail or “a collection of cells,” as you aver.) Trying to tease out when does life begin, I had to conclude: at the beginning. (Must I really defend innocent life in the womb from murderers like Stalin and Pol Pot?)

Blaska’s 2nd Bottom Line: And yes, I like my holy ghosts along with an occasional whiff of incense! Our cathedrals are so much prettier, too.

Do you hate Catholics, too?

Madison WI
View all posts by David Blaska →
This entry was posted in Abortion. Bookmark the permalink.

13 Responses to What’s with all those Catholics on the bench?