The lieutenant governor of the state of New York resigned hours after being indicted in federal court on 04-12-22 for criminal bribery. Trouble was, the law was looking hard at Brian A. Benjamin even as the state senator was being being vetted to join the Democrats’ executive team.

For some reason, Gov. Kathy Hochul was in a hurry. Having herself just been elevated from Number Two  upon Andrew Cuomo’s resignation over sexual harassment charges, she gave the process what the New York Times calls “a hasty two weeks” before picking Benjamin on 08-26-21. Mistake #1. 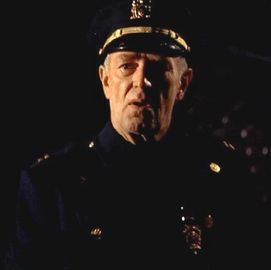 To whom does Hochul turn for counsel? Aside from a few intimates in her small lieutenant governor’s office, none other than the greatest huckster of our time, Al Sharpton! Race baiter, alleged tax dodger, police squad car chaser, camera hound. Mistake #3.

Hochul’s team glossed over a paper trail of foreclosure and delinquent taxes. Took Benjamin’s word in denying reports that he had steered illegal donations into his campaign for comptroller of New York City. He finished fourth and lost his own state senate district. That should have been its own red flag! Mistake #4.

“Mr. Benjamin had baggage that was well known among New York City Democrats,” the Times reports.

Irony alert: “For Ms. Hochul, the episode threatens to undermine a pledge to root out corruption in Albany just as she begins to campaign … for a full term as governor.”

Blaska’s Bottom Line: Yes, we know, JFK picked LBJ to balance the ticket; he needed the South. But this is getting ridiculous. If you kowtow to Al Sharpton to sign your race card you deserve the blowback.

Who else needs more vetting?