When Dominion voting machines sued on-again, off-again Trump lawyer Sidney Powell for defamation, our social media acquaintances celebrated. Now she can prove the presidential election was stolen, thanks to the legal discovery process! they chortled. 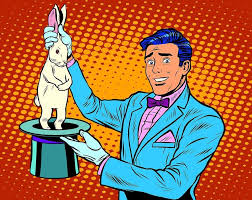 Ms. Powell claimed Smartmatic and Dominion Voting Systems were jiggered by the commies in Hugo Chavez’ Venezuela, Cuba, and “likely” China to to rig the election against Donald Trump. Her “Kraken” lawsuits were laughed out of every court but she shared them with the outgoing President at the White House on December 18, four days after the Electoral College voted. On January 3, three days before the assault on the Capitol, Trump retweeted Powell’s claim that “this ‘election’ was stolen from the voters in a massive fraud.”

Now, faced with defending her defamation, “the Kraken is back-trackin’,”  The Dispatch reports.

Seeking to dismiss Dominion’s lawsuit, the pro-Trump lawyer and her legal team filed a motion on Monday 03-22-21 arguing that
‘no reasonable person would conclude that [Powell’s] statements were truly statements of fact.’

Some of this blogges loyal crash-test volunteers wonder why the Squire expends so many pixels on dispelling Republicans’ own “Lost Cause” narrative. We’ll let The Dispatch explain:

Powell’s efforts to undermine the results of a legitimate election have caused damage that extends far beyond the $1.3 billion price tag placed on it by Dominion. The same can be said about Trump’s former personal attorney Rudy Giuliani and My Pillow CEO Mike Lindell, both of whom are also currently being sued by Dominion, as well as Fox News itself, which is currently being sued by Smartmatic.

For two months, they pushed evidence-free claims that the election was stolen from Trump, eroding trust in the very foundations of American democracy and misleading millions of voters.  The violent consequence of this misinformation campaign was the Capitol riot of January 6, and its impact on institutions and how voters perceive election integrity will continue to be felt regardless of the result of the lawsuits.

Folks, 65% of Republicans in an Associated Press poll last month said they believe Joe Biden was “not legitimately elected” to the presidency.

We lost two incumbent Senators in the state of Georgia because of voter suppression — BY OUR OWN SIDE! WI State Senate candidate John Jagler fears the same voter disillusionment in the April 6 special election.

Blaska’s Bottom Line: The size of the campaign rally crowd, number of counties won, Joe Biden’s encroaching senility, the stupidity of the Democrat(ic) Left are empty straws.  Life ain’t fair, sometimes the wrong guy wins. Trump is to blame for his own defeat, not magic beans. Now let’s move on, dammit.

Are you a ‘reasonable person’?