We don’t deserve to know!

Joe Biden has refused to answer whether he intends to blow up the United States Supreme Court “on the preposterous grounds that, if he does, journalists will write about it. Now, he adds that voters “don’t deserve” to know his position.  This transmutes an untenable position into a downright nefarious one.” — the respected Charles Cooke writes.

By contrast, Trump actually provided a list of names of candidates he would consider for the court.

Questions news media would ask of Biden IF he were Republican:

Mr. Biden, at a presidential debate, you said of your son Hunter, “My son did nothing wrong.” Do you not understand the blatant conflict … Are you seriously arguing that Hunter Biden was hired by the Ukrainians and paid $3.4 million for his energy expertise, of which he has none, rather than as a backdoor way of influencing you and United States policy toward Ukraine? (More insolent questions here.)

Clinton actually did what she accused Trump of doing: She colluded with Russians … the ludicrous former British spy Christopher Steele, in order to damage Trump’s campaign and cinch the election for herself. 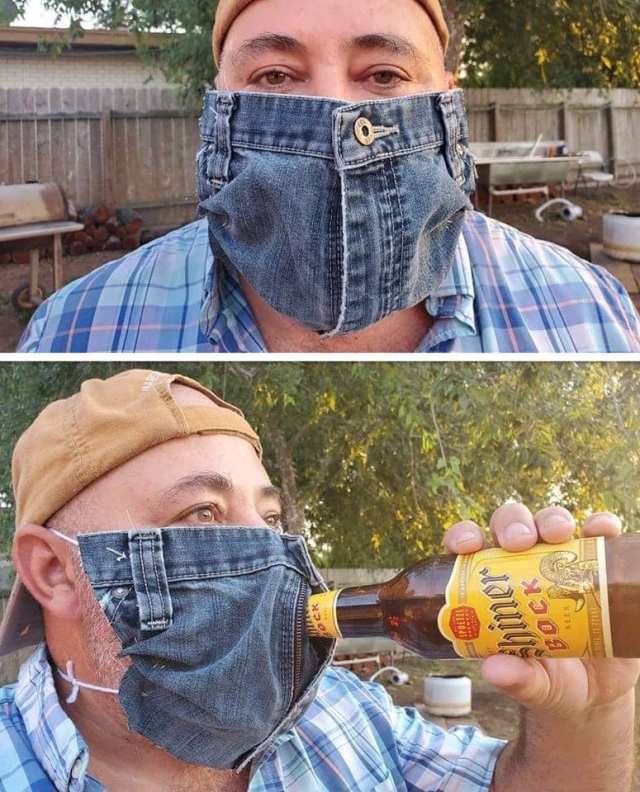 •   California governor’s office tells diners to wear masks ‘in between bites.’ Chew on that for awhile!

•   Attention voters in Iowa, Lafayette, and Green Counties! Kriss Marion, running against incumbent Todd Novak in Assembly District 51, is a Bernie Sanders socialist! The old Marxist doesn’t endorse any old Democrat. No, Bernie endorsed only seven candidates for Wisconsin’s legislature, including Madison’s Samba Baldeh (Progressive Dane) and one “Supreme Moore Omokunde” of Milwaukee. The latter is the son of U.S. Rep. Gwen Moore found guilty of slashing tires of vans transporting Republican voters to the polls in 2006. (More here.) Bernie has high standards.

•   Headline of the week: “Texas professor … calls for death to all police by strangulation with the ‘Intestines of the last capitalist!’“ Now that took guts! Guessing the prof also got Bernie’s endorsement.

•   Attention, Republican candidates! When the League of (Liberal) Women Voters and the WI State Journal offer you free ink — USE IT! Appalled by the number of “No Responses.” Sends powerful message that your voters don’t deserve to know you!

•   Looking for someone to file a complaint with the Madison Common Council against Ald. “Mad Max” Prestigiacomo for encouraging rioting. Someone who suffered damage as a result. Inquire within.

Madison WI
View all posts by David Blaska →
This entry was posted in Election 2020. Bookmark the permalink.

71 Responses to We don’t deserve to know!