We’re out of here!

It’s all too beautiful. Indigenous Peoples’ summer in Wisconsin is as good as it gets. Temps in the low 70s F. Colors peaking. Getting on the Harley Softail Slim for a ride through Iowa County today with some buds, capped off with a barley pop at the Hyde Store in Ridgeway. No masks.

They’re voting with their feet. Over 1,000 student are bailing out of Madison public schools — a 3.7% hit. It’s a stampede, considering that the district lost only 33 students the year before. Thank the Cops Out of School radicals for that and the incessant BLM brainwashing. Even so, Madison voters will approve the $317 million building referendum and the $33 million operating upper in the November 3 referenda. Because it’s Madison. Which will only feed more flight next school year. It’s the great sorting out.

Just when Blaska writes that our Lefty acquaintances imagine right-wing putsches in the nearest beer hall, the Feds uncover a right-wing putsch in a nearby state. We do hope the nut jobs who planned to kidnap the governor of Michigan and hold her for trial in their hideout in Columbia County WI intended no physical harm. Maybe just force her to sign a document ceding the Upper Peninsula over to Wisconsin, its rightful owner. And now (as Sollozzo said to Tom Hagen) you can go.

The sports jabberers were unanimous that the Packers’s greatest need was to dip into the receiver-rich draft. They were dumbfounded (as was this team owner) when they took a pass (so to speak). Maybe the team brass knows what they’re doing after all. Averaging an NFL-best 38 points per game is proof enough. 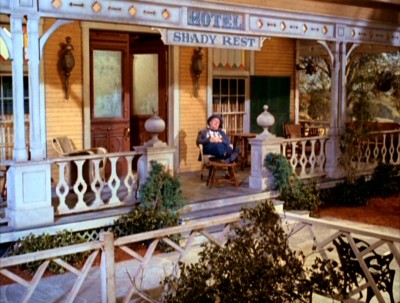 He is his own worst enemy; we’ve said it many times. “There’s a lot of Trump fatigue,” Peggy Noonan writes. “People miss normal.” Which is why America will vote for Old Uncle Joe. “He’s moving kind of slow at the Junction. Petticoat Junction.” Keep the Senate and America will survive. If not, welcome Puerto Rico and 13 Supreme Court justices.

44 Responses to We’re out of here!