To hell with Hollywood

Hollywood after WW2 made message films like Gentlemen’s Agreement (anti-semitism) and in 1949, Pinky — the latter the story of a light-skinned African-American woman trying to pass for white. The heroine was played by a white actress, Jeanne Crain, and not Black actresses Lena Horne or Dorothy Dandridge, who vied for the role. Today, that would be called cultural appropriation. But it was also just poor casting. 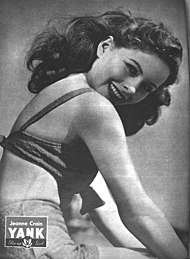 You know we’re making racial progress seven decades later when the co-president of the UW-Madison’s hard-Left Teaching Assistants Assn. (an ally of Progressive Dane) fakes being Black. Yeah, CV Vitolo-Haddad is mostly Italian. But her pronouns remain “they” and “them,” the Milwaukee Journal Sentinel helpfully informs.

Mizz Pronouns joins Rachel Dolezal and GU professor Jessica Krug (a UW graduate) in seeking undeserved status by identifying with a supposedly oppressed culture. Perhaps race is, after all, nothing more than a social construct. (The Werkes wants Shaq O’Neill to play Blaska in the movies. Or Chuckie, if he’s not busy.) Affiliated with identity fakers are the race-crime hoaxers — frauds like Jussie Smollett, Althea Bernstein, and the grandma of them all, Al Sharpton’s Tawana Brawley. Black privilege, anyone?

⇒ MUST READ: “Hate crime hoaxes are more common than you think. A political scientist found that fewer than 1 in 3 of 346 such allegations was genuine. — Jason L. Riley.

Today (09-11-2020) is anniversary #19 of that day America was attacked but, as filtered through the sensibilities of a liberal-progressive-socialist acquaintance, yet another cause for partisan grievance:

I am fascinated this morning by all of my Trump-supporting friends who have photos of New York’s twin towers on the facebook pages, asking us all “never to forget” the 3000 people who died in those attacks, and yet who don’t give two s***s about the nearly 200,000 people who have died in the past six months.

That hissy fit prompted this response from one Roberta Howard Hunter, a researcher at Rutgers University:

“Because there were brown people they could blame for 9/11.”

This, that and the other thing

How is it that 14 Madison alders KNOW the identity of whomever uttered the C-word at a city council meeting? We would like to see state Democrat(ic) party operative Douglas Hyant submit to a voice recognition test. There’s an old saying from grade school, he who smelt it, dealt it.

The Recall Satya effort collected 20,000 signatures, we are told. But 5,000 of those failed to include the circulator’s name at the bottom. An easy mistake to make, considering that most of the petition drive occurred on-line. The signatures were not submitted to the city clerk for an official count. (53 apparently mailed directly to the clerk.)

No, the Werkes did not count them ourselves. The signatories will not be exposed to harassment by the vindictive Left. Which was always a challenge for the recall effort — BLM progressivism is all about intimidation.

We are not ready for pro football. The Houston Texans football team hunkered down in the locker room during the playing of the National anthem? We’re done! The name of police resister Jacob Blake on a helmet? Outta here! Now the Academy of Motion Pictures has slapped more identity politics requirements on its Oscar awards than a Madison city council job description. Beginning in 2024 (with a phase-in next year), films hoping to qualify for the best picture category will have to meet inclusion standards both on camera and behind the scenes. The New York Times explains:

To meet the onscreen representation standard, at least one of the lead actors or a significant supporting actor must be from an under-represented racial or ethnic group, whether that means Asian, Hispanic, Black, Indigenous, Native American, Middle Eastern, North African, native Hawaiian or other Pacific Islander.

There are alternatives: 30% of all actors in secondary or more minor roles could come from two of the following categories: women, L.G.B.T.Q., an underrepresented racial or ethnic group, or those with cognitive or physical disabilities. Or the main story line must focus on an under-represented group.

Blaska’s Bottom Line: We’ll give you an under-represented group: conservatives as anything but villains.

How do YOU identify?

25 Responses to To hell with Hollywood