It ain’t over until the fat lady is shot dead

If it’s Friday in Madison it must mean more mayhem

Two men were shot this afternoon shortly after p.m. 08-21-2020 near the intersection of Oak St. and Commercial Ave. The victims have been conveyed to a hospital. One victim’s injuries are said to be life-threatening. Both were in an SUV that was being chased by a dark-colored sedan. At least one person from the sedan fired at the victims. The sedan was witnessed speeding from the area. It has not been located.

After shots were fired, the vehicle the injured men were driving crashed into a home in the 2800 block of Commercial Ave. The house was badly damaged. 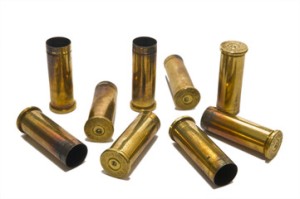 Woman standing outside her home, 1400 block of Theresa Terrace, after 10:30 last night (08-20-2020). White SUV slams on brakes; three teenagers 16-17 years old pile out of the car. One of them holds a handgun to the woman’s head, takes her cell phone; they drive out. Guy with the handgun was wearing a camouflage Nike jacket, light-colored skinny jeans and a paper medical mask. At least he is hygienically conscientious. Police don’t give race any more.

Remember that homeowner in Cross Plains who fired at two car thieves in the wee hours of Wednesday morning (08-19-2020)? Suspects in custody today. Kaiwan Harvey, 17, of Marshall, and Ka’Toine Richardson, 18, of Fitchburg. (More here.)

Blaska’s Bottom Line: Maybe if the mayor and city council banned tear gas and appointed a police oversight board the shootings would stop? Nah.