If you wondered why the McCloskeys defended
their homes with firearms 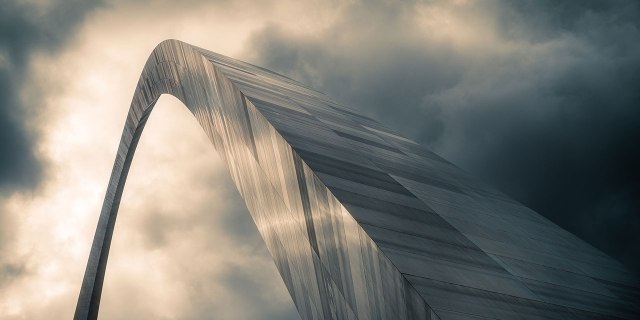 Last month, the images of Mark and Patricia McCloskey, both armed, confronting protesters in front of their restored mansion in the historic Central West End district of downtown St. Louis previewed what a defund-the-police era may look like.  In the aftermath of George Floyd’s death in police custody in Minneapolis, St. Louis, like other American cities, faced a crisis of public order. Businesses were burned to the ground, and looters roamed freely. Four St. Louis police officers were shot in one night.

Over the July 4 weekend, four children in north St. Louis were shot within one hour, in three separate incidents; the youngest of the victims was a four-year-old boy struck in the head by a stray bullet. Last week, former Missouri governor Eric Greitens rendered first aid to two young men riddled with dozens of bullets near the campus of St. Louis University.

Violent crime is so ubiquitous that the city is considering surveillance planes to combat it.

With a situation this grim, the city desperately needs competent and determined crime-fighters, but St. Louis Circuit Attorney (chief prosecutor) Kimberly Gardner remains focused not on law and order but on social justice—and on bizarre self-aggrandizement. During her short tenure, the circuit attorney’s office has had more than 100 percent turnover, the equivalent of losing 470 years of collective experience.  the equivalent of losing 470 years of collective experience. In January 2020, Gardner filed a federal civil rights suit against the City of St. Louis, the St. Louis Metropolitan Police Department, and the St. Louis police union, alleging a racist conspiracy to oust her from office, in violation of the Ku Klux Klan Act of 1871.

Gardner soon appeared on PBS to declare St. Louis “ground zero” for criminal-justice reform efforts and likened any attempt to hold her accountable to a “modern-day night ride.”