Was the Senate impeachment trial rigged?

Was Mitch McConnell banging the garbage can on every pitch?

Does a woodchuck …? Oh, never mind.

Ann of Althouse: There are things I’m not reading this morning. And I mean this phrase “not reading” to denote an active process … [one of which is]: “The Senate impeachment trial was rigged!” by Dana Milbank in the Washington Post.

We are not so jaded as to preclude the possibility that the lady from Maine really did want to hear John Bolton testify under oath. (We’d pay per view to hear Jay Sekulow cross examine!) It is also possible that, despite her slight Katherine Hepburn head palsy, Ms. Collins is a shrewd political survivor who very much intends to live to fight another day after her November election in a toss-up state.

The opponent is an outright Chuck Schumer Democrat.

The State of Maine is notoriously independent — we say notorious, insofar as political moderation is now considered courageous and, at Trump rallies, outrageous. Maine’s other U.S. senator is Angus King (now there’s a Maine name!) who labels himself an independent but caucuses with Bernie, Elizabeth, Chuck, and the rest. Maine has a history of Margaret Chase Smith, a Rockefeller Republican who denounced Joe McCarthy before it was cool, and Ed Muskie, a Democrat but no socialist.

“For political figures like the Founding Fathers, taverns were also where one went to get the inside scoop on political adversaries and posit agendas for which one hoped to gain favor. Ben Franklin used taverns as a tool of diplomacy. For him,  eating, drinking, and gossiping  were negotiation tactics. It was in taverns that the Founding Fathers,“emboldened by liquid courage and likely, after tying a few on, unfettered by the rarefied rules of governance to which all of history had subscribed, honed the concepts contained in the Declaration of Independence and the Constitution.” — Smithsonian magazine.

Or Get Out of Jail card

All of which is prologue to our point (if we have one): the guess here at the Werkes is that Mitch McConnell, ace nose counter, gave Senator Collins a hall pass — once he got Lisa Murkowski’s assurance that she would vote with the rest of the caucus. 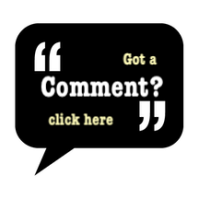 All 53 Republicans seated in their chamber, therefore, knew beforehand — to the digit — the score of each of the (I believe it was) six roll call votes. Any Democratic motion containing the word Bolton would lose 51-49; the others went down 53-47 (Mitt Romney joining Collins with the rest of their party).

Which is to say, what the public is allowed to see of Congress may be a well rehearsed play, but it is still very much democracy.

The Wisconsin state legislature works the same way. Decisions are made behind closed doors. There is no preventing that. Even at the Madison Common Council level. Try as you will to outlaw “walking quorums” (where, say, two alders each subsequently talk to two others who play telephone tag with more of their colleagues). A ban is unenforceable and, really, undesirable. The act of legislating REQUIRES (we do not often capitalize) continuous communication between members, interested parties, as well as constituents. Outside council chambers, in hallways and coffee shops and grog houses, over telephones and the via the internet. Such interaction facilitates compromise.

⇒ Very rarely have the white lab coats at the Werkes ever observed a floor debate to change a single mind. The debate is as more to persuade the public and justify the speaker’s vote. Don’t like the  vote? The cure is the next election.

Easier to change a tractor tire than a politician’s mind

As to Althouse’s point: would allowing Bolton’s testimony have legitimized the Senate trial? Doubtful.

Take the Kavanaugh confirmation circus (Please). All the lurid allegations allegedly occurred when the jurist was but a teenager in high school! Everyone got heard in sworn testimony. Outside the hearing, Michael Avenetti spun lurid wet dreams involving one Julie Swetnik. Didn’t matter. Party line vote. To this day, Democrats continue to trash Kavanaugh.

Blaska’s Bottom Line: How much of our democratic republic did the Founders determine in ale houses compared to assembly halls?

For Extra Credit: In one of its hallway stand-up interviews, Fox News gave considerable time to Amy Klobuchar who, we find to be downright cute, while scoring her political points. Likable beats a thousand policy planks.

She can beat Donald Trump, if Democrats can restrain their socialists. (Doubtful.) Trump’s typically peevish and petty belittlements would ricochet off Miss Midwestern Nice and, uniquely (we think) wound the originator. Might actually force Trump to campaign on his considerable accomplishments.

19 Responses to Was the Senate impeachment trial rigged?