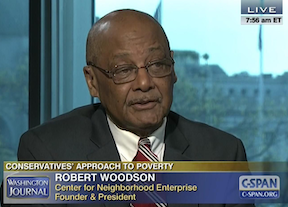 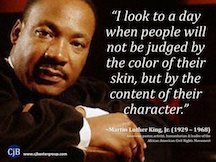 Excerpted from his essay in the Wall Street Journal.

As the nation celebrates the birth of the Rev. Martin Luther King Jr., the progressive left will again seize the moment to twist the story of black Americans’ struggle, to the detriment of those who suffered most in that struggle. …

History is full of inspiring examples of black people succeeding… These accomplishments were made possible by a set of values cherished among the blacks of the time: self-determination, resiliency, personal virtue, honesty, honor and accountability.

Dr. King understood that these values would be the bedrock for black success once true equality was won. As early as 1953, he warned that “one of the most common tendencies of human nature is that of placing responsibility on some external agency for sins we have committed or mistakes we have made.”

Today the progressive left wants to ignore the achievements and pretend that blacks are perpetual victims of white racism.

The New York Times’s “1619 Project” essay series is the latest salvo in this attack on America’s history and founding, claiming “anti-black racism runs in the very DNA of this country.” This statement is an abomination of everything Dr. King stood for.

4 Responses to The Left has perverted Martin Luther King Jr.