Harry and Meghan get progressive

Duke and Duchess to Brexit?

Blaska Policy Werkes demands the restoration of the Hapsburgs to their rightful throne
as hereditary rulers of the Austro-Hungarian empire, including Bohemia,
land of our oppressed ancestors.

The indentured servants and the laird and lady of Blaska Stately Manor are at sixes and sevens over the real news of the day. Prince Harry and Duchess Meghan have announced they are stepping back from being a “senior royals” to become a “progressive force” within the monarchy.

PROGRESSIVE! First the Madison school board! Now the English monarchy! 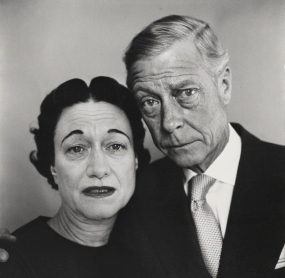 The fuss is writing itself into a whole new season of The Crown on Netflix.

Harry and Meghan say they hope to become financially independent and move to Canada. It would be one thing if the Sussexes set up an AirBnB in Thunder Bay on the shores of Lake Superior. But the young royals do not strike us as back to the landers, splitting wood and milking goats.

They are not relinquishing their titles nor is the U-Haul truck backing up to Frogmore “Cottage” on the grounds of Granny’s pile at Windsor (not Ontario). They’re not leaving the crystal wine cave to go full Bernie Sanders/Jeremy Corbyn.

Instead, “They want to be super-woke celebrities … who get to keep all the trappings of royal life without any of the hard, boring bits and the right to cash in on their status however they choose.” That’s the observation of Piers Morgan, the Brit who gives Ricky Gervais a run for his money.

Piers puts the blame on Mame, boys — she being Meghan. In The Daily Mail, Morgan compares the former Miss Markle to “another American woman” — she being Wallis Simpson. You can see where this is going. With peerless (take that both ways) precision, Piers unloads:

To put it bluntly, she’s an unsavoury manipulative social-climbing piece of work who has inveigled her way into Prince Harry’s heart and used his blind love as a platform to now destroy everything he once held so dear. …

Meghan wants to live the life of an A-list star off the back of her new royal fame, cherry-picking all the good stuff like luxury tours, movie premieres, charity galas and Hollywood parties.

But she doesn’t want to get her hands dirty opening a community hall on a wet Wednesday in Stoke-on-Trent. That’s for the little royal people, not a superstar Princess like her.

What do YOU groundlings think?

6 Responses to Harry and Meghan get progressive