Democrats murder the truth to play the race card

Hit the deck, people! Madison is studying the police

It was a small item in the WI State Journal sports page. The NFL’s Baltimore Ravens traded their  rookie field goal kicker to the Vikings. Norwegian-born Kaare Vedvik had to sit out all of last season after being assaulted in Baltimore. What are the odds?

Talking heads like CNN’s “Fredo” Cuomo and Don Lemon assure their parishioners that Donald Trump is a racist because he criticized U.S. Rep. Emmanuel Cummings for paying more attention to foreign asylum seekers at the border than his own constituency in dysfunctional Baltimore. (The news media continues to misquote his statement after Charlottesville.) It’s almost enough to destroy one’s trust in the mainstream news media! (Well, it IS!) 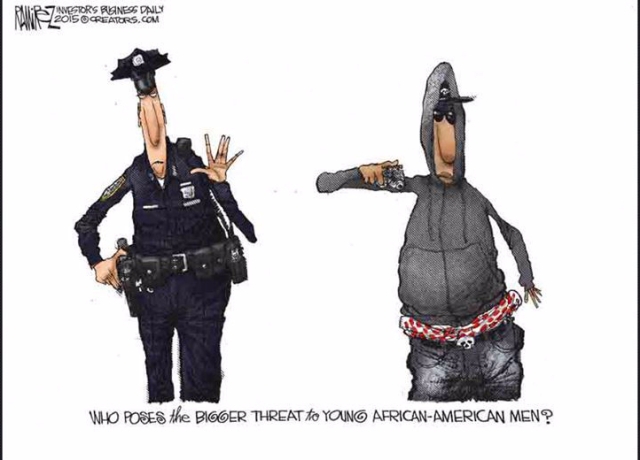 A little sauce for the goose

If racism is defined as pre-judging, differentiating, or antagonism directed against other people because they are of a different race or ethnicity, “or the belief that members of different races or ethnicities should be treated differently” (as Wikipedia relates) then let’s it is time to put Democrats Kamala Harris and Elizabeth Warren in the dock.

For they are outright lying that that white Ferguson police officer “murdered” Michael Brown.

Ann of Althouse relates that the Washington Post’s fact checker gave “four Pinocchios” to Harris and Warren for tweeting that Brown was “murdered.” Quoting Glenn Kessler at The Washington Post:

The department produced a comprehensive report to determine what happened, making the senators’ dismissal of it even more galling. 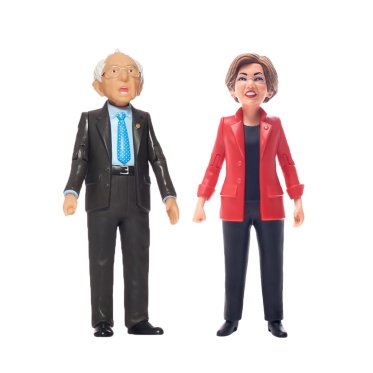 Harris and Warren are in the front tier of Democrats seeking to replace Trump. They are not outliers. Beto, Bernie, Buttigieg, Biden, and de Blasio — all are playing the blue race card. Is their race-mongering preferable to Trump’s? More politically correct?

No, but in places like Madison it is good politics. It is an article of faith among the ruling establishment that police everywhere are straight-line descendants of slave catchers — even Madison’s four school cops, all of whom are persons of color. Cops Out of Schools!

For four years and counting, the Common Council has been studying the police. Cop-hater Brenda Konkel gets appointed to the Public Safety Committee. Progressive Dane Mayor Satya Rhodes-Conway condemns a police officer on the basis of a video.

Required reading for the mayor, for the alders, for the school board:

“There Is No Epidemic of Racist Police Shootings.”

A new study published in the Proceedings of the National Academy of Sciences demolishes the Democratic narrative regarding race and police shootings, which holds that white officers are engaged in an epidemic of racially biased shootings of black men. It turns out that white officers are no more likely than black or Hispanic officers to shoot black civilians. It is a racial group’s rate of violent crime that determines police shootings, not the race of the officer. The more frequently officers encounter violent suspects from any given racial group, the greater the chance that members of that racial group will be shot by a police officer. In fact, if there is a bias in police shootings after crime rates are taken into account, it is against white civilians, the study found.

The anti-cop narrative deflects attention away from solving the real criminal-justice problem, which is high rates of black-on-black victimization. Blacks die of homicide at eight times the rate of non-Hispanic whites, overwhelmingly killed not by cops, not by whites, but by other blacks.

Blaska’s Bottom Line: When husband and wife are out for their evening stroll and have to hit the ground to duck gunfire, one might suspect that police are not the problem.  (The police report here.)

But this is the Emerald City. We study the police.