Just as rust never sleeps, our liberal-progressive-socialist acquaintances never stop signaling their virtue. How can they, when there is so much in the world for which to take offense? — if only one looks hard enough!

The terribly “woke” scolds of the Madison school board are now wagging their bony fingers at their less enlightened contemporaries in the rustic outback of Wisconsin. Trump country, no doubt.

Now that they have indoor plumbing, those hicks must cease forthwith the use of any and all Native American mascots, symbols, images, logos and nicknames. So sayeth the Board of Education in this capital city named after a slave holder.

Identifying with our Native American heritage somehow, according to the MMSD resolution, “establishes an unwelcome, divisive and hostile learning environment for Native American students that affirms negative stereotypes that are promoted in mainstream society.” Or so says the resolution.

“Mukwonago” is an Indian word for “divisive and hostile”

Home of the brave?

What could be more demeaning that the “Braves” as the people of tiny Belmont (Wisconsin’s first capital) call their student scholars and athletes? Or is it possible that parents are unlikely to describe their kids with pejoratives?

There are said to be 31 of these unenlightened school districts out of 421 in the state. At least none are nicknamed “Cowards.”

When Jim Doyle was governor he signed a bill forcing school districts to justify their mascot names if just one single complaint was lodged. Scott Walker and the Republicans put the onus on the complainants and required more representation from the local community.

Mukwonago school district in the lake country of Waukesha County is a particular target. Boiling with Republican racism (SNARK ALERT!) they identify as “Indians.”

The marquee on entrance to the local high school evinces that disrespect: “Be on time, Be respectful, Be responsible, Be safe.” 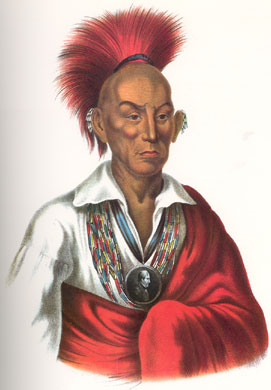 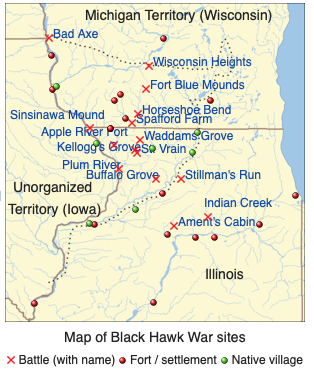 Between there and Madison lies Fort Atkinson’s Blackhawks, one of nine school districts to identify with the Native American chief that young soldiers named Abraham Lincoln and Jefferson Davis helped rout to clear Wisconsin for European settlement in 1832.

The north woodsy community of Tomahawk had better change its name but until that halcyon day, the team’s nickname “Hatchets” is a good fit.

As a nickname, the term “Red” precedes various Hawks and Robins but, more ominously, some Raiders and Devils. Skin color? Then there’s the Rib Lake Redmen. Akin to the NFL’s Washington Redskins but, it would seem, preferable to the Whitemen?

Schools in the heavily Norwegian city of Stoughton are Vikings (one of 16 schools around the state). Deforest has Norskies and Westby are Norsemen — those places also celebrate their ethnic heritage. These are not terms of opprobrium.

Waterloo has the Pirates (with eight other schools). We’re not certain pirates are positive role models. Racine Horlick (like Johnny Yuma) are Rebels (“A fightin’ man, this rebel lad …”) Depends what they’re rebelling against, one supposes. If it’s against the Union, expect a visit from the Madison Common Council.

A Catholic high school in Milwaukee named after Pius XI are the Popes. (The girls’ teams are the Lady Popes, if that makes sense. Francis I, call the Vatican!)

Some names suggest themselves. Oakville has the Oaks, Saint Croix Falls are Saints (even when they lose?), Elk Mound’s teams go by the Mounders. Which raises the question: are these Indian mounds?

Just as Green Bay’s NFL team are the Packers, many communities have chosen to identify with their principal industries. Thus, the school athletic teams in Kimberley are the Papermakers. In Mellen they are Granite Diggers. Waubeno has Log Rollers, Altoona has Railroaders. Clintonville manfactures fire trucks; their teams are the Truckers. Ashland (on Lake Superior) has Ore Dockers. Alma, on the Mississippi, are Rivermen.

CORRECTION: Madison Edgewood e REMAINS the Crusaders, even though some schools considered dropping the name for fear of offending Muslims.

Blaska’s Bottom Line: Here’s suggesting Madison La Follette rename itself the “Progressives” and be done with it. Come to think of it, given the rash of car thefts and jackings, maybe “Pirates” is a better fit.