Where is the outrage?

You think maybe we’re too busy blaming the police?

It is too much to ask but we ask it anyway. Where is the outrage?

In Milwaukee WI on a Saturday evening. A 39-year-old man fires a gun from his SUV into another vehicle after nearly colliding with it. The vehicle had four young children inside. One of them, a 3-year-old girl, was killed. (Story here.) 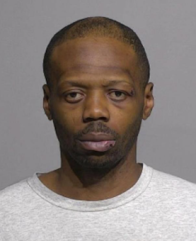 Does it matter that the totally innocent victim and the alleged perp, one Antonio Bratcher, are both African-American? Apparently, it does matter but should not.

You want senseless? Not self-defense. Not a lover’s quarrel or a drug deal gone bad. Not even a rival gang whacking. Just a stupid case of road rage.

The “woke” community is after sexier game: “white privilege.” No protest marches, no demands for releasing an arbitrary number of inmates, no breast-beating over “unmet needs.” No Al Sharpton. Just another black-on-black crime on Milwaukee’s north side. Turn the page.

The child was the 43rd homicide recorded in Milwaukee this year. Almost two of every three victims black in a county that is 27% African-American (39% in the city itself).

Our Ms. Vicki McKenna says that former Milwaukee County “Sheriff Clarke asks a good question: where is Black Lives Matter on this outrage? If this were a young black felon shot by a cop, there would be marches in the street.“

Vicki asks: “How come no outrage from them for a little black GIRL? She was THREE YEARS OLD for pete’s sake.”

As Nancy Pelosi is learning, if you dismiss A.O.C. and her “Squad” as one toke over the line, you’re also a racist. If you insist that discipline is the first lesson in a successful classroom, you will be called a white supremacist, as a certain failed school board candidate learned. The Wall Street Journal’s Riley concludes in “The race card has gone bust“:

Government programs are no substitute for the development of human capital. If wealth-redistribution schemes lifted people out of poverty, we would have closed these gaps a long time ago. Liberal politicians and activists have little interest in addressing the ways in which black behavioral choices impact inequality. It’s easier to turn out voters and raise money by equating racial imbalances with racial bias and smearing political opponents who disagree.

Blaska’s Multiple Choice Question: Your policy prescription is one of the following:

a) Pay Mr. Bratcher — and Opray Winfrey — reparations for slavery.

c) Teach children they do, indeed, have to listen to the police — and the librarian, and their teachers and the cross guard and their would-be employers and …

Madison WI
View all posts by David Blaska →
This entry was posted in Race, Uncategorized and tagged Milwaukee road rage. Bookmark the permalink.

21 Responses to Where is the outrage?